The Story Behind Taylor Swift’s folklore 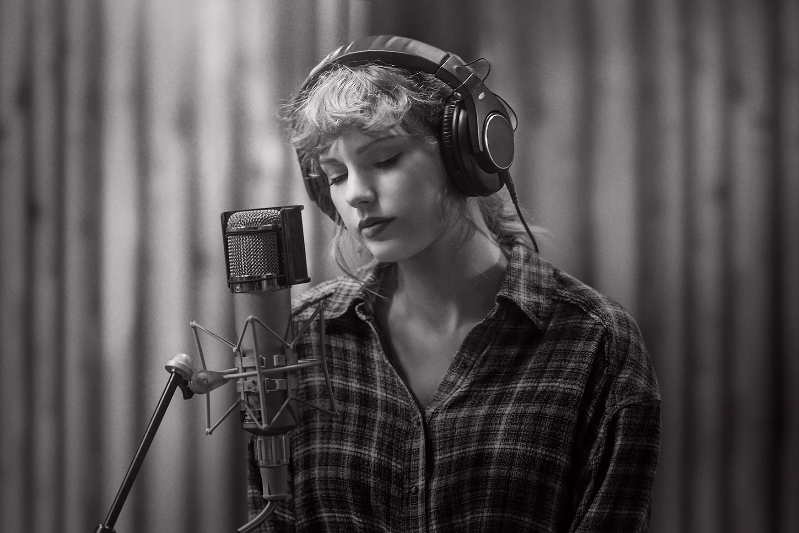 The new genre of alternative rock has allowed Swift to use her creative and intellectual lyricism in an entirely different way that is unlike anything she has released before.

While most people spent their time in quarantine binge-watching shows and taking up new hobbies, Taylor Swift kept busy by creating beautiful songs. On July 23, 2020, all “Swifties” were taken by surprise when Swift announced that she would be releasing her eighth studio album, folklore. This took Swift into a new genre that broadened her range.

The album brings listeners into a different world through the various narratives introduced in the songs. There is a love triangle between three different characters, and there are three songs that share their perspectives on the situation during different times in their lives. The musicality of songs like “mirrorball” and “my tears ricochet” show that Taylor is not afraid to try new sounds and beats in her music. They both include a variety of instruments and unique vocal choices that add to the mood of the songs.

Most people have found peace in nature throughout isolation, and have greatly appreciated the privilege of spending time outdoors with their families. Swift used nature as the backdrop for her new album to create connections with people across the world who struggled throughout the pandemic. Though many “Swifties” were surprised by Taylor’s new genre shift, many admire her even more after folklore.

If you’re a devoted Taylor Swift fan or want to hear more of our thoughts and theories about folklore, check out this in-depth analysis.