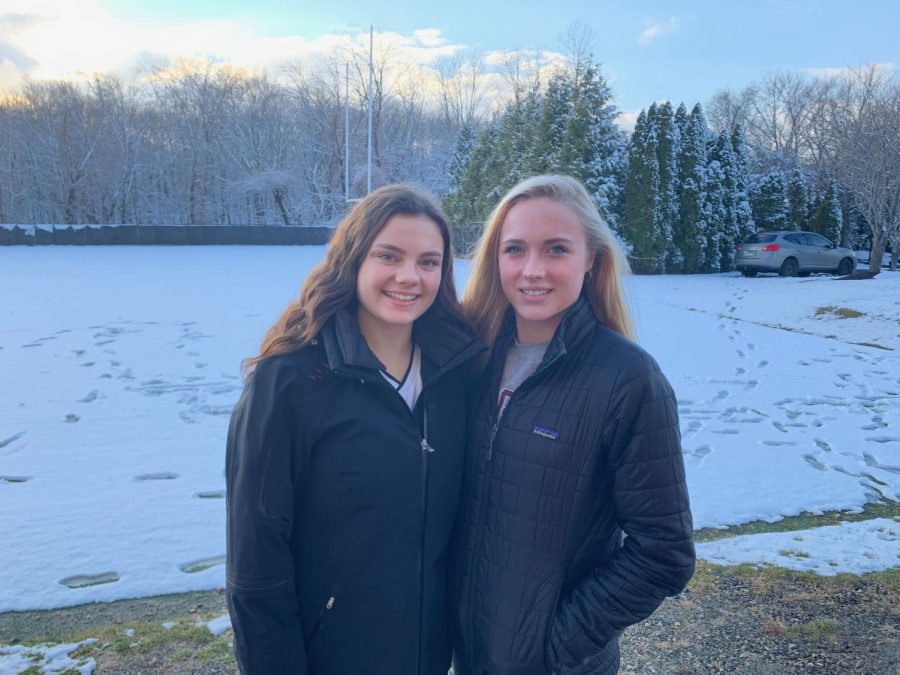 Winter sports are just beginning, and the St. Luke’s Ski Team is preparing to hit the slopes!

While the team does not start skiing until after winter break, they have been busy with dryland training and yoga. Depending on availability, the team skis at Mohawk or Southington in Connecticut once or twice a week.

This season, the team is under the leadership of co-captains Phoebe Kurth ‘20 and Harper Boege ‘20.

Harper Boege ‘20, commented, “I’m looking forward to seeing the dynamic of the team develop.  We have a bunch of new kids, so it will be interesting.”

The team welcomed nine new skiers this year, including seven middle school students. In order to qualify for team rankings at a race, six girls and six boys must attend the race and nobody can physically fall on the slopes.

Phoebe Kurth ‘20, remarked, “We have not had the numbers to qualify in a long time, so the fact that we have six boys and seven girls this year is really exciting. I also think it’s an especially great opportunity for the younger kids to get involved! Harper and I were involved in 8th grade and because of that, we have been able to become more involved each year. I am glad that the legacy of the team will continue.”

A new member, Tema Wagner ‘24, said, “I wanted to join the ski team because I love skiing and want as much time on the snow as possible, and I also wanted to get to know some of the high schoolers.”

The Varsity Ski Team has its first race of the season at Mount Southington on Wednesday, January 8. We wish them the best of luck this season!